Remembering Maria Dwight: An Icon in the Field of Aging 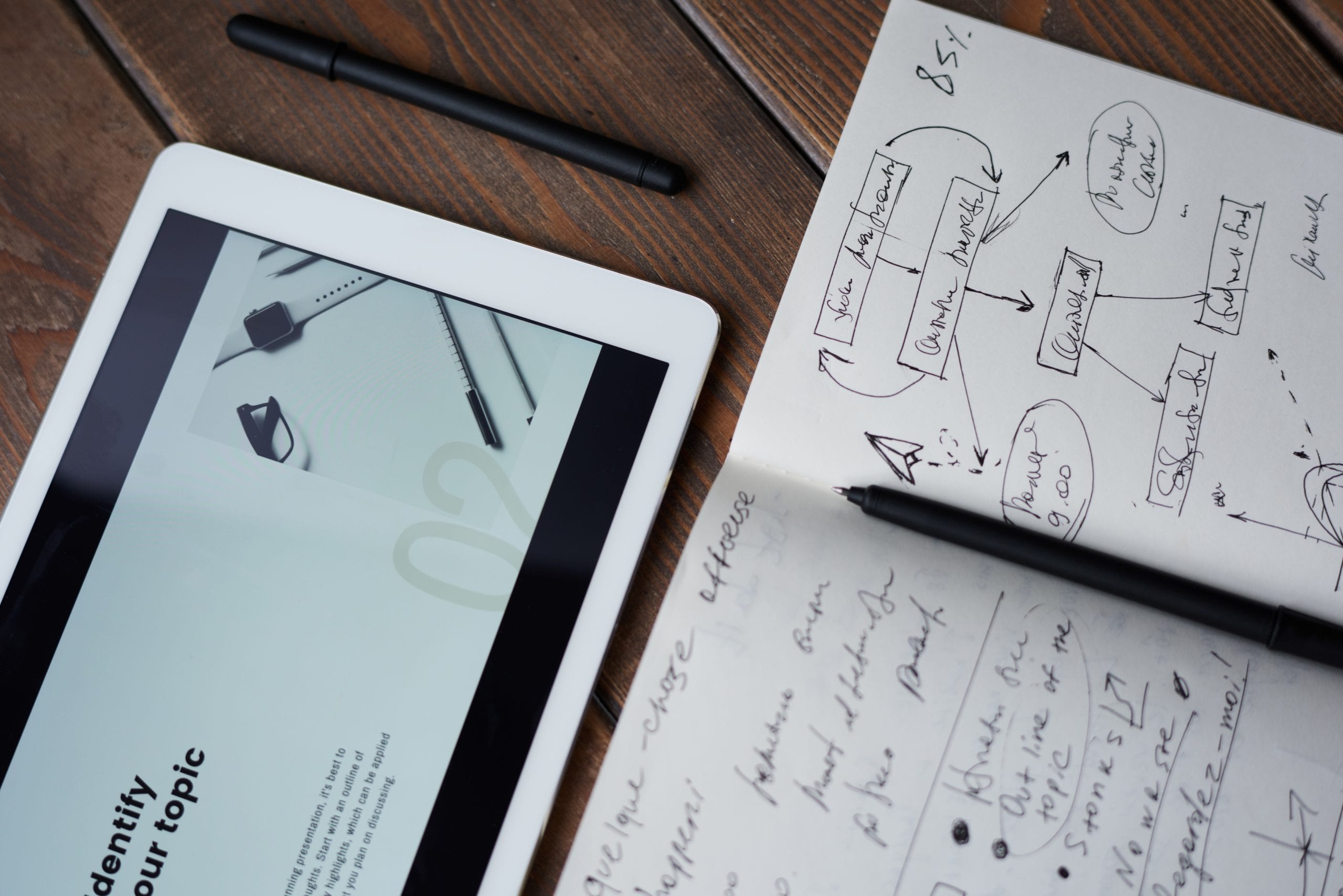 By Karen Adams, Love & Company’s Vice President of Market Intelligence.  Prior to joining Love & Company, Karen had the privilege of being Maria’s business partner at GSI for more than 30 years. 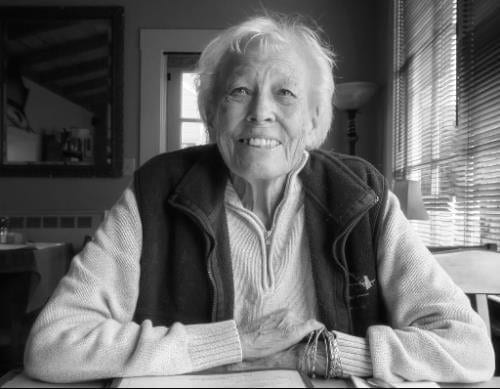 Much has already been written about her, long and short.  I received texts stating that “she was a force,” and “she was amazing.”  Her children characterized her beautifully and best, including a summary of her personality and her accomplishments.  I could never hope to come close to preparing such a complete and true overview, therefore I include a link here because it is so worth reading. For those who knew her, you will find all of the sentiments familiar.  For those who did not, you should read about her because hers are among the proverbial shoulders upon which the rest of us hope to stand in our efforts to make the world a better place for ourselves as we age, and for elders in general.

I offer to you now some of the core beliefs upon which Maria operated and advised clients through her consulting practice, GSI. They are things that should be memorialized in our minds as we continue our work in the field of aging as we all go forward in her memory.  I believe they are teachings that made those who she mentored and advised better at what we do. I believe she would want them carried on.

More than 25 years ago Maria laid out her top 12 principles for planning for the future in our field. Some will remain timeless and applicable even as things change.  Others have been more or less accomplished, and still others seem to have gained attention, but could still use further improvement.

1) Ask (nicely) and you will be told. We of western societies do not seek advice from our elders. We are wrong.  When we ask older people what they want, they tell us, and they do just what they said they would do (like not move into a one-bedroom apartment).

A main core of Maria’s practice was what we now call “consumer research.”  Maria was asking elders long before it was fashionable, long before the baby-boom generation began to make its mark (I mean 40 years ago).  It was seen as expensive to undertake a survey and ask, and practitioners in the field believed that because they cared they knew what was best. The outcomes of asking older people were often in doubt with questions like “Will they pay for what they say they want?”  Invariably the markets did exactly what they said.  Maria never – ever – wavered from this principle.

Maria was a “Prophet,” a person regarded as an inspired teacher, and she taught the rest of us how we might share in that skill…by asking and listening.  She strongly recommended practices long before anyone else could see them because she asked older people their desires. In our field, three meals a day, studio apartments, you MUST move physically through the system (to assisted living or skilled nursing), and shared rooms in skilled nursing are largely things of the past now, but Maria often stood in the face of conventional practices in favor of how people want to live their lives in their later years.  Maria’s foresight was founded in asking and also a keen sense of the markets.

The second of Maria’s 12 principles was:

She learned from elders that people are looking to enrich the quality of their lives, not diminish it; that they are seeking opportunities for healthy living, personal and spiritual, and for lifelong learning.  These are all recognized tenets today, in part because Maria brought them to the fore and championed them.  But we should never stop asking because things continue to change before our eyes; people still tell us, and we continue to learn how to do things better when we listen.

Maria was also deeply engaged in helping to create what she heard the markets request.  Implementation is among the greatest challenges because we have to change how we do things, we have to find the funding to do so, and we need to make these shifts before they are widely proven to be successful. She gave others the confidence to redesign and reprogram.

Other principles that have gained traction recently but were stated by her so long ago include:

3) “You are not selling a lifestyle; you are selling the rest of their lives.”

4) The promise of “care” addresses “illness, decline, decrepitude, and dependency.” She observed that “people want to live life to the fullest, not to its marginal edge.”

5) “You can attract or repel markets by design and/or programs. The contracts, unit sizes, amenities and service opportunities for self-enrichment all influence the self-selection of the potential resident.”

7) “Technology is a necessary tool, not an end to itself.”

8) “Environmentally friendly and responsible architecture is worth the capital costs.”

The expectations and demands of next generations and the changes in healthcare and the environment in which we operate have borne out this advice.  The pace at which most aspects of the world are shifting has accelerated.  Maria was right on so many counts.

But another key principle that goes to the core of who Maria was, is this:

9) Listen to your staff if you have one, or if you don’t, find someone else’s to listen to. The staff knows the itty-bitty, picky, everyday challenges of working in a senior living environment.  Empower the line staff to guide you, and you will learn.  If they don’t speak “computer,” teach them.  If they don’t speak English, teach them. The staff is the lifeblood of the program.

Maria respected people – all people.  She did not distinguish among race, gender, sexual orientation, income, or nationality. She welcomed and she served everyone.  And the types of communities and markets she worked with show this with multiple countries, languages, deaf, LGBTQ (see that obituary) represented among their staffs. How very profound is this principle in today’s environment, with its political discord and where it is focused?  Maria knew that if you listen and if you respect, you will learn and grow and find the true next big thing in delivering desirable products and environments. This is one reminder that she would want left behind.  She was kind and respectful, and generous to a fault, if that is possible.

Some other constantly present tenets in her company were:

10) People do not change as they grow older, they become more of who they are, the essence of who they are. (So don’t expect them to change how they want to live to accommodate staff schedules, dining hours, pet policies, etc.).

11) Do not assume that, as “professionals” we know all the answers and “if they see our product, they will like it.”

12) The older adult population is not a monolith. People want many different things but above all they want autonomy and independence. They do not want us to “care for them,” they want the support and assistance to make their own decisions in how they will address their desires and challenges.

When I was young and stood in exhibit booths with Maria, I would observe the banter between her and her peers of her age.  At one point they decried the fact that gravity challenged “their faces to go back into place as quickly in the morning, before they had to make a public appearance.”  I found the conversation perplexing, until 20 years later.  At that moment I started paying attention to all of Maria’s observations, and the fact that by listening to her I had a window into what I would experience in my own future.

Maria was a keen observer of life and what happens to us and what people experience and feel as elders in our society.  She did so with humor. One day, we were going to breakfast and she said, “People think you cannot make your own decisions because you are old. If I order, they ask my daughter questions about my request, not me.”  When we ordered the waitress asked me questions about Maria’s order.  Her eyebrows raised as her signal of “See, I told you.”  This has been a complaint about physicians, car dealers, and many others when faced with working with an older person. Do not look through older people when seeking decisions; they usually remain perfectly capable of making their own choices.

Yes, some of these things seem obvious to us today but mostly because people like Maria called our attention to them.  She did so in ways that that allowed people to listen who might not otherwise have done so.  For those of us who were fortunate enough to work with her, to be mentored by her, every day provided new insights.

Maria was a force, a wonder, extraordinary.  She understood markets.  She was amazing.  She was a joy.  She will be missed terribly.

To read Maria’s obituary or leave a message of condolence, click here.

← How Technology Is Streamlining The Senior Living Sales Process Webinar: The CEO/CFO Toolbox →