The Top Three Ways Tax Reform Will Impact Your Next Financing 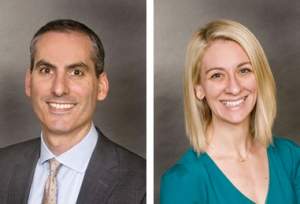 It’s officially 2018 and change is in the air. Iceland has enacted the world’s first equal pay law, Oregonians are now allowed to occasionally pump their own gas, and this little thing called the Tax Cuts and Jobs Act is in effect. First initiated by the House on November 2, and culminating with the President enacting it into law on December 22, the Tax Cuts and Jobs Act is the first major tax overhaul since the 1986 Tax Reform Act.

Beyond the ways the Act will impact each of us personally, the changes to the rules have far-reaching implications for not-for-profit Senior Living communities and how they access the capital markets. While the first version issued by the U. S. House of Representatives blindsided the municipal market with the suggested elimination of Private Activity Bonds, which would have eliminated the tax-exempt financing benefit for all 501c3 organizations, this key financing vehicle was ultimately maintained. Unfortunately, advance refunding and tax credit bonds weren’t so lucky.

While the year is still young and the market is still responding to a “new normal,” here are three immediate ways we at HJ Sims are experiencing the implications of these new rules and what you, as key decision makers for your communities, need to know:

1.) Advance refundings are now a thing of the past.

The logic behind eliminating this allowance is understandable from a federal revenue standpoint: When two sets of tax-exempt bonds are outstanding during an escrow period, the federal government is, in effect, doubling its tax subsidy.

So, how should you expect your finance professionals to address this elimination as they guide you through your next financing process? First, expect shorter call periods, which will give your community the option to refund its bonds sooner than the previous standard of 7-10 years. Several financings underwritten and closed by HJ Sims in December 2017 include 5-year premium call options. Fellow underwriters also successfully implemented shorter call options, signaling that the market has already embraced this shift.

A number of other market changes are being contemplated or implemented in reaction to the elimination of the advance refunding provision. At this time, it’s difficult to know which changes will prevail and gain market acceptance. These other initiatives include: make-whole calls prior to par call, synthetic advance refundings, taxable “sandwich” structures, and “Cinderella” structures. Indeed, many of these structures and/or provisions are already utilized in other industries or financial products.

2.) With the decrease in the corporate tax rate, bank debt isn’t as cheap as it once was.

When Bank Qualified Bond issuance began to taper off in 2011, commercial banks continued to directly purchase tax-exempt municipal bonds on a non-bank qualified basis and effectively pass their tax savings to the borrower by applying a “tax equivalent factor” to the taxable interest rate it charges. In recent years, this tax equivalent factor has generally translated to a 30% discount in the taxable interest rate, although it differs by a bank’s effective tax rate.

With the corporate tax rate now a flat 21%, this discount will also drop—not only impacting future borrowings for 501(c)(3) organizations, but potentially impacting outstanding bank deals depending on how existing documentation was written to contemplate changes in the corporate tax rate. It’s critical that executives of communities with outstanding direct purchase bank bonds work with their finance and legal professionals to review their bond documents and understand the available options if their interest rate has increased.

Going forward, bank debt will remain attractive for shorter term capital needs with more flexible repayment mechanisms, but its use as a longer term capital solution will need to be more judiciously assessed in comparison to other financing options.

3.) The potential value of tax-exempt bonds for investors has changed.

Tax cuts across personal income tax brackets mean lower effective federal income tax rates for most Americans. Investing in tax-exempt bonds is a key tax-reduction strategy for many Americans and the changes (not only in tax rates, but standardized deductions), could mean a general devaluation of tax-exempt bonds. For the first two weeks of 2018, inflows have continued into high-yield municipal funds.

Conversely, investors from high tax states (CA, NY, NJ, etc.) are now faced with a $10,000 limitation on the amount of State and Local Taxes (SALT) they can claim as a deduction, effectively increasing their overall tax burden. Traditionally termed “specialty states”, given that their bonds tend to carry lower yields than other states, residents from these states will need to adopt further tax reduction strategies and may increase their investment in tax-exempt bonds, thereby making these specialty states that much more special.

In the weeks and months ahead, HJ Sims will continue to monitor and test market response to these new laws and update the industry of new developments as they unfold.