Senior Living is Not Sexy Enough for CES 2017 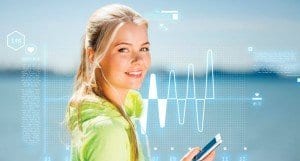 I came to the Consumer Electronics Show (CES) in Las Vegas, excited to see where technology is going and how we can apply it in senior living. And now I’m leaving, feeling that—once again—seniors just aren’t sexy enough to warrant significant attention from much of the tech field.

When I first arrived at one of the exhibit buildings, I inadvertently walked into the wrong exhibit hall. The companies there were demonstrating products that were still in development, and which they hoped would enter the market in 2017. Before leaving, I did engage in a conversation with the owner of a company that is developing a program designed to be used by personal trainers to help coach their clients to peak health. It seemed an ideal product for a senior living environment, where a personal trainer could literally work with dozens, if not hundreds, of individuals. Yet not only had the idea had never occurred to her, she seemed to have little interest in exploring senior living as a potential market.

After that, I found the main exhibit area for wearables and smart home technology, and was quite taken aback. There were literally dozens of companies promoting their wearable devices (mostly wrist-oriented), with massive displays by companies like Fitbit. But what really caught me off guard was how many of the less-well-known brands brought scantily clad young women to wear their devices while working out on elevated platforms. I did not see any display with an image of a user that appeared older than 30.

Not only that, but there was one company that had several young women in their booth that were essentially wearing only body paint. After passing the booth, I looked back enough to determine that at least one was wearing a bikini bottom, but I was afraid to look closely enough to see if they were wearing tops. To be honest, I was so afraid to look closely at anything in the booth that I never actually knew what product they were promoting.

So I mean it when I say seniors aren’t sexy enough for CES. I had thought (hoped?) we had moved beyond that as a way of promoting products, but either I’m still too naïve or we’re just not there yet after all.

The smart home exhibits were better, but were still daunting. Again, there were dozens of companies promoting their systems to control lights, locks, door bells, temperature, blinds, kitchen appliances and more. Their gadgets all looked basically the same, and it was hard to tell what truly differentiated one brand from the next. The good news: There was one display that featured a series of in-home devices designed to learn seniors’ behaviors, then identify when changes in behaviors might indicate a change in health status. The downside? The company with the display doesn’t actually make the devices; they make the sensors that go in the devices. So there was no one there that could actually talk with me about their implementation experiences.

So that’s the wrap from the CES conference this week. Next week, I head to the International Builders Show in Orlando, where I hope to get more insights into building technologies that we can use in senior living.

So what does all this really mean for senior living? I think we can’t just wait for the technology to come to us, particularly in the wearable health monitoring and fitness fields. I think we need some pioneers who are willing to invest the time to work with product and software developers to adapt their products for us. In many cases, those adaptations may be relatively minor.

To read my initial thoughts and expectations about the 2017 Consumer Electronics Show and International Builders Show, click here.

To read my thoughts on smart home technology seen at the Consumer Electronics Show, click here.

To read my thoughts on wearable technology seen at the Consumer Electronics Show, click here.

To read my expectations for the 2017 International Builders Show, click here.

To read my first thoughts on the International Builders Show, click here.

To learn what my favorite product at the International Builders Show was, click here.

To learn more about the International Builders Show and how to prepare for next year’s conference, click here.

To read my final overview and thoughts about my time at both the 2017 Consumer Electronics Show and the International Builders Show, click here.

← Doing Well by Doing Good "What’s Next?"​ for Senior Living, Round 2: The International Builders Show →