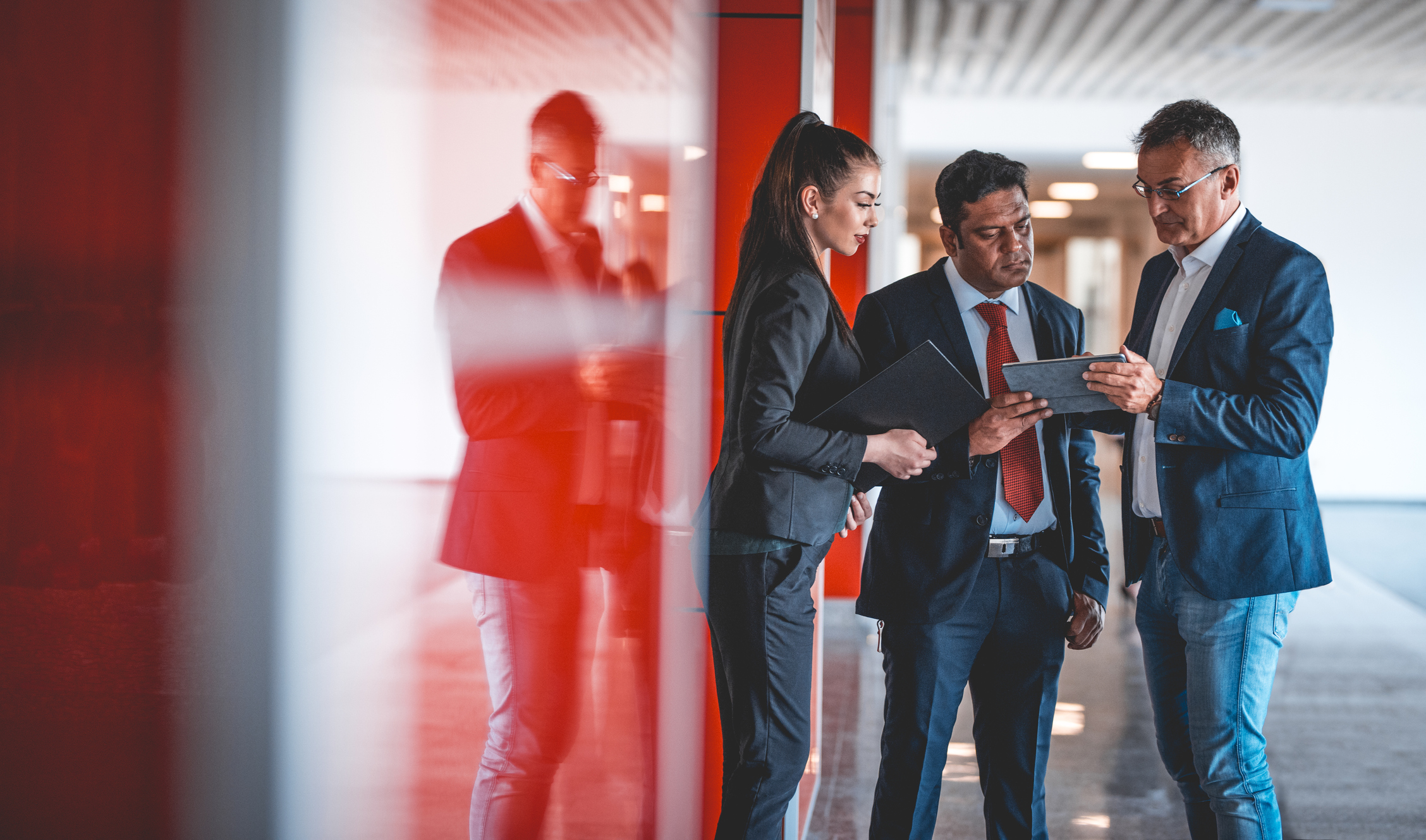 I recently had the pleasure to speak with four friends who are CEOs of Life Plan Communities—Danny Sanford of Still Hopes, Anne Doyle of Lasell Village, Doug Feller of Village On The Isle and Mike Rambarose of Whitney Center. We talked about their top goals for 2022 and how they plan to achieve them. Their responses were wide ranging, and I will be summarizing some common themes and priorities in a series of blogs.

“We’ve always said residents are #1, but maybe now we have to say line staff are #1 or we won’t be able to deliver our services to residents. We have to make residents feel like they are #1, while really treating the employees as #1.”

This quote, shared by Danny Sanford, CEO of Still Hopes in Columbia, South Carolina, echoes the thoughts of many as we face continuing workforce challenges in our communities. High turnover and low staffing levels are causing many communities to rethink not only their recruiting and hiring strategies, but also and even more importantly, their retention strategies. And retention is often a direct reflection of community culture.

“I wouldn’t say we are in great shape in terms of employees, but we’re not as bad as many,” Doug Feller, CEO of Village On The Isle in Venice, Florida, said. “I think the difference is because we promote the type of culture that fosters people wanting to be here. People want to come to work here. They enjoy being here.

“If you haven’t read The High 5 Habit, I encourage you to,” Doug continued. “If you’re walking down the hallway, high five the team members you pass. Fist bump the housekeeper. It creates a real sense of belonging, of being appreciated. But that’s just the first step. To really build a strong culture, you need to go further and demonstrate a commitment to being part of a team. Management needs to pitch in. At Village On The Isle, our management team will jump in, serve coffee and clear dishes. It makes a huge difference to the staff.”

So is it time to put staff first, and residents second? Anne Doyle, CEO of Lasell Village in Newton, Massachusetts, offers a different slant on the question. “I’m not sure that it’s just putting the staff first,” Anne said. “It’s really a connected circle. You have to treat staff well to serve residents well. You need to build a mutual understanding and appreciation between staff and residents. This isn’t something that’s new as a result of COVID. It should be that way all the time.”

What does putting staff first—or even equally prioritizing staff and residents—mean for Life Plan Communities? Mike Rambarose, CEO of Whitney Center in Hamden, Connecticut, shared his community’s perspectives. “Our strategic action plan for 2022 addresses recruitment, but it’s just one part of a much larger workforce development effort. We feel the emphasis on recruitment is out of balance with the emphasis that needs to be on retention. What we are developing is an overarching human capital plan, one that focuses on organizational efficacy, which encompasses both how effectively and efficiently we get things done. We are also focusing on coaching as a discipline. We are bringing in a coaching team and starting with senior management for the first several months. Then it will evolve to include the rest of the management team, then the whole organization. It’s a multiple-year effort designed to strengthen the team we have.”

Doug Feller of Village On The Isle added, “I agree 100% with ‘the staff comes first.’ If the staffing is in place, everything else will fall into place, including more referrals from happy residents. Our mindset can’t be that ‘the resident is always right’ anymore. If there is a situation where a resident jumps on an employee about something, we delve into it to understand what really happened. And if the employee was in the right, we support the employee. They have to know that we have their backs.”

Anne Doyle of Lasell Village shared an example of how a long-term focus on the needs of staff members can pay strong dividends to a community. “We were the first senior living community in Massachusetts to mandate vaccines for all staff members. We lost three CNAs, but everyone else was, ‘Thank you, thank you, thank you.’ And the vaccine mandate didn’t hurt our hiring. We were also the first to require a booster, and we only lost one person then.

“I believe there are several reasons we were successful with this. First, we gave people lots of time to think through it—two-and-a-half months. Then, our front-line staff held education sessions with other team members, sharing why they got the vaccine. And we held lots of small group meetings where some team members were able to share their fears, while others were able to explain why they got the vaccine. Our housekeeping team was the first group to all say ‘We’re going to get vaccinated!’ They were concerned about being in residents’ homes, and didn’t want to risk getting residents sick.

“While all of these steps were important,” Anne continued, “the real foundation for this success began at the start of the pandemic. At Lasell Village, we have worked hard to build a culture of caring: people caring about themselves, their neighbors, their clients. So when the pandemic began in the spring of 2020, we talked a lot about caring for our neighbors, and that everyone needed to depend on each other to make good choices. We set the stage for, ‘Yes, you have to wear a mask, and yes, you have to be six feet apart.’ And you’re doing that because you care about what is going to happen. That thought process permeated through the community.

“Teams would do videos of being at the community at night. They would do a funny dance, or some other funny thing, that showed their support for each other. People got really into it, and felt we were doing something special together. The residents were really grateful, and expressed their appreciation in many ways. So from the start, we built an understanding that this was not going to be a quick thing, that we all needed to be in it together, and that we needed to laugh together as well. Then, when it came time to address the vaccine, it was a natural evolution of what we had been working on for a long period of time.”

That brings us back to Danny Sanford of Still Hopes, who initially raised the question about whether staff should now be our first priority. “I think we need to change how we think about staffing. We need to understand what is important to staff and figure out how to better meet their needs. Pay is not the only issue. We can and have thrown money at staffing, but that’s clearly not solving the problem. We have to look deeper. For example, we need to be more flexible in work schedules than we’ve ever been.

“I think there is a lesson we can learn from Kellogg’s, the cereal company,” Danny continued. “Back at the start of the depression, W.K. Kellogg changed from having three eight-hour shifts a day to four six-hour shifts. His goal was to create more jobs for people that had lost them. Then something interesting happened. The workers loved the change. It enabled them to spend more time with their families, with their communities, with their church, whatever was important to them. When the economy eventually grew again, the workers didn’t want to go back to eight-hour days. They valued their time more than the extra pay.

“I think we may be experiencing a similar thing today, but on a much wider scale. Pay is not the only thing that is important to people. The COVID experience has caused a major shift in how people look at their lives, and what they value. Different people have different priorities, and we need to figure out how to adjust to that. The better we can match our staffing structure to people’s individual needs, the more successful I think we will be.”

From these four CEOs, we have heard four variations on how organizational culture is key to staff retention, how staff retention is dependent on staff satisfaction, and how—by making staff a top priority—they expect to increase resident satisfaction. But while these four communities may not be experiencing staff shortfalls that are as big as other communities, their staffing issues are still very real and impact the day-to-day operations of their communities. How are these CEOs planning to rebuild staff? Please stay tuned for the next blog in this series, in which we will explore some specific staffing tactics and strategies the four of them have planned for 2022.

← Webinar: Marketing and Sales in 2022: Plan and Pivot Your Way to Intentional Success CEO Action Plans for 2022 - Part 2: Tactics to Increase Staffing → 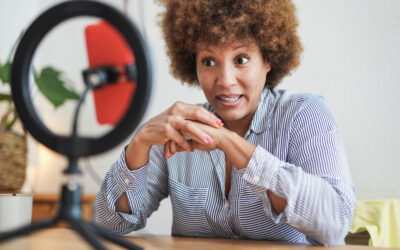 One of the most common pieces of sales and marketing guidance that we share with our Life Plan Community partners is to meet prospects where they are. It’s advice that we provided early in 2021 while prospects sought safety and security; and it’s advice we shared last...