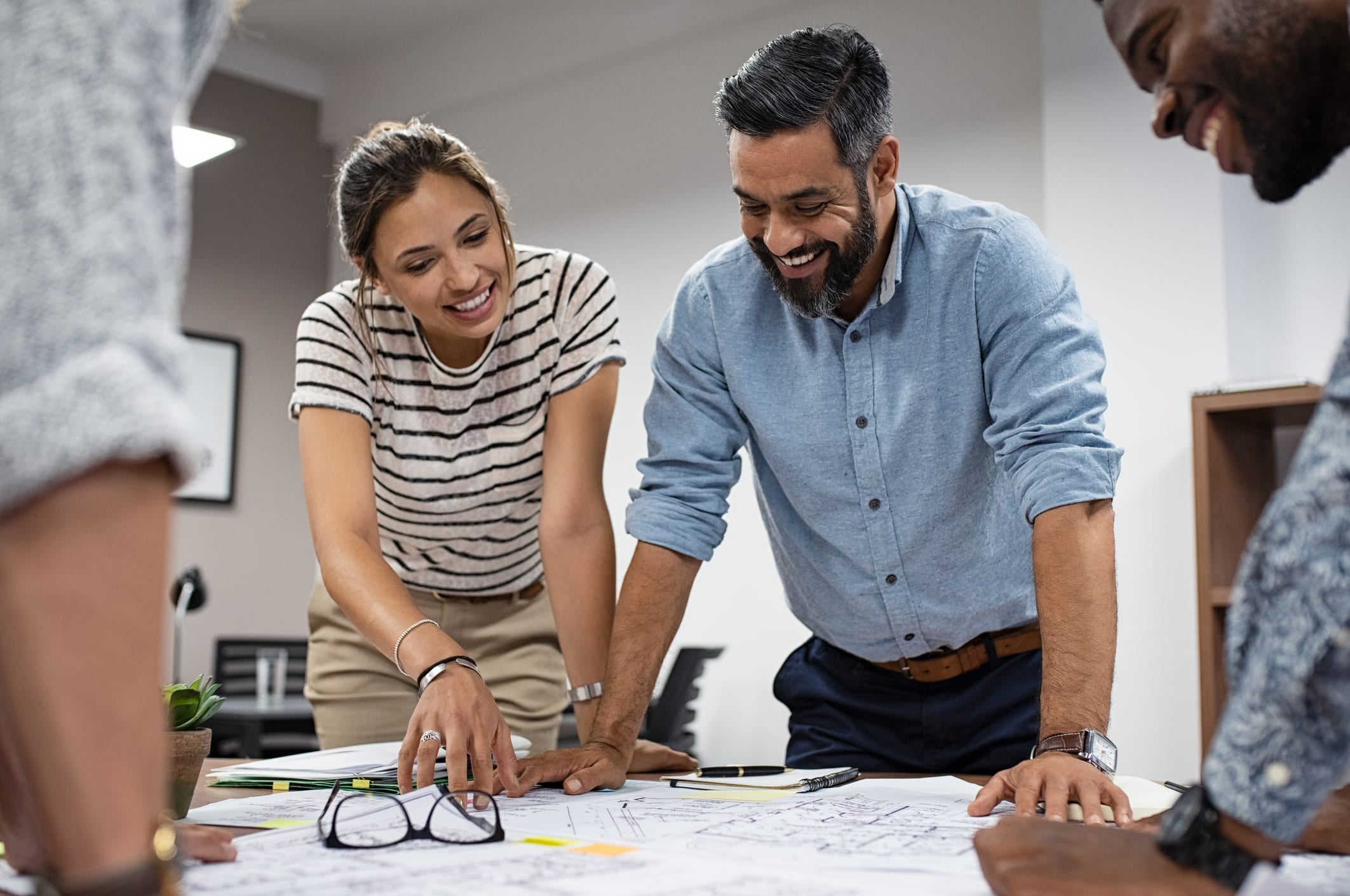 Through our work with various mission-oriented senior living organizations, we have been brought into many master planning processes and discussions. From what we’ve witnessed when organizations lay out the next era of advancing their missions, the master plans with the most success are the ones in which the development team has established a disciplined approach to addressing and solving challenges over time.

One organization that is having particular success with this approach is Givens Communities. It is undertaking a significant expansion of its Givens Estates community, a complex campus with eight neighborhoods. It is also making major upgrades to its geographically proximate sister community, Givens Highland Farms. With all this simultaneous activity, Givens Communities is not only creating a product to meet a goal for its existing campuses; it also has to focus on bigger-picture objectives and solutions for how the two campuses operate in relatively close proximity.

This will be the focus of our next webinar, “Fitting a New Development Into The Fabric Of An Existing Community: Key Planning Tools For A Successful Expansion.” We hope you’ll join us.

In the meantime, we would like to take a deeper dive and answer the question: How does a senior living provider ensure that a new development on an existing campus stays true to its vision and meets the goals for the overall plan, so that its future projects are set up for success, too?

In our view and experience, the answer is “data,” including data from market, pricing, and consumer research. Here are five ways senior living market research helps providers adapt as they go, so they maintain focus on the objective, and remain nimble in the short term and successful in the long term.

1) Adapting pricing to the current market

Revisiting a master plan by updating the intelligence you have on your market is one of the best ways that your next project stays in line with what prospects want, expect and perhaps most importantly, can afford.

Givens Estates found success in its local market of Asheville, North Carolina, by using market data to strike the right balance between monthly fees and entrance fees. Its newest development, Friendship Park, replaces old, outdated residences. The community’s goal was to offer Friendship Park residences at a new, lower price point that did not already exist on the campus. This became the project’s North Star objective for all aspects of the planning, pricing and design.

“At most Life Plan Communities, there is greater market resistance to monthly fees than entrance fees. The Asheville market has strong home values, so Givens Estates was able to offer Friendship Park residences at a lower monthly fee. It did so by offsetting those fees with somewhat higher entrance fees (on a per-square-foot basis) than similarly sized existing residences at the community, but which were still advantageously priced relative to home values. This positioned the expansion for fast presales,” said Rob Love, my colleague and moderator on the upcoming webinar.

Furthermore, John Cowan, Executive Director of Givens Estates, noted that the community has reevaluated its per-square-foot pricing every five or 10 years:

“The pricing analysis that Love & Company did showed that our cost per square foot across the campus had become out of whack as we added new products over time. Those pricing adjustments are really important to pay attention to, especially when introducing a new product like Friendship Park. If you don’t set the right price point for it, you could end up cannibalizing your existing product. We had to adjust entrance fees across the campus because some of our existing apartments were too expensive relative to other options, and some were significantly underpriced.”

2) Talking to residents, depositors and prospects

When it comes to long-term planning and expansions in senior living, critical (perhaps in both senses of the word) are existing residents, depositors and waitlist members. Fortunately, consumer research helps ensure that leadership knows how these key audiences feel before making any final decisions.

For example, John and his team hosted regular focus groups with current residents of Givens Estates to give them a voice on the community’s plans to grow.

“We discussed with residents the 10-year master plan as well as specifics of each phase, and we went to monthly neighborhood meetings and discussions,” John said. “And for the new Friendship Park neighborhood and amenities, Love & Company conducted consumer research events with potential prospects to test concepts, obtain input from new markets, and understand the expectations for the future. Those research efforts were very educational.”

Having current and valid market research in hand also provides leadership the confidence that its product will sell, even when prospects express concern about one particular amenity.

With the North Star objective for Friendship Park its affordability, that meant forgoing under-building parking.

Despite this strong consumer preference, the Givens Estates team was disciplined in its approach to offering a product at a lower price point, knowing that the market data showed strong market depth at the planned pricing. John shared that the decision to not include under-building parking was one that took some faith, but the team knew to trust the numbers and prevent the project from becoming something it wasn’t supposed to be—more costly.

Situations like this underscore how organizations can—and should—use data to address constituents who may question a particular element of a project. When you can show constituents that you’ve done the research and crunched the numbers, it can go a long way toward helping them become believers in the project, too.

“We took the survey info and specifically targeted several webinars to Friendship Park depositors, to ensure they didn’t bail from the project out of fear,” said Jeanne LaRoe, Givens Estates’ marketing director and fellow webinar panelist. “We educated them on all the protocols we had in place to keep everyone engaged and safe. Out of all we did, I think those webinars did the most to build depositors’ confidence because they got to see our leadership and operations in action when they had been used to just seeing the marketing folks.”

By using the data from the survey to address the challenges of COVID-19 head-on, Givens Estates gracefully adjusted to a changing market and built strong confidence and trust in its depositor base. In turn, the organization’s leadership gained valuable confidence in the future of the project.

“If future residents feel like they have had input on a project, it’s more likely that they’ll like the end result,” Jeanne added.

This also ties into a question that we’ve asked here before: How can we ensure prospects will buy our new senior living product? By asking them!

It may seem like common sense, but don’t guess what your market or your prospects want. Involve them along the way, and incorporate their thoughts and preferences into your master plan (within reason; see Nos. 2 and 3 above).

After all, master plans are really guidelines, rather than static mandates etched in stone. A Life Plan Community’s long-term plans should be revisited over and over again, so that it can respond to all of the external and internal factors at play.

We’ve seen the success that this approach has, and are excited to delve deeper in our upcoming webinar with the team at Givens Communities. We hope you’ll join us!

To schedule a consultation with a Love & Company specialist to discuss the future of your Life Plan Community, click here.

← How Two Senior Living Providers Are Successfully Advancing Their Missions Using Early Advantage Programs Webinar: Fitting a New Development Into The Fabric Of An Existing Community: Key Planning Tools For A Successful Expansion →