What’s Love Got To Do With It? 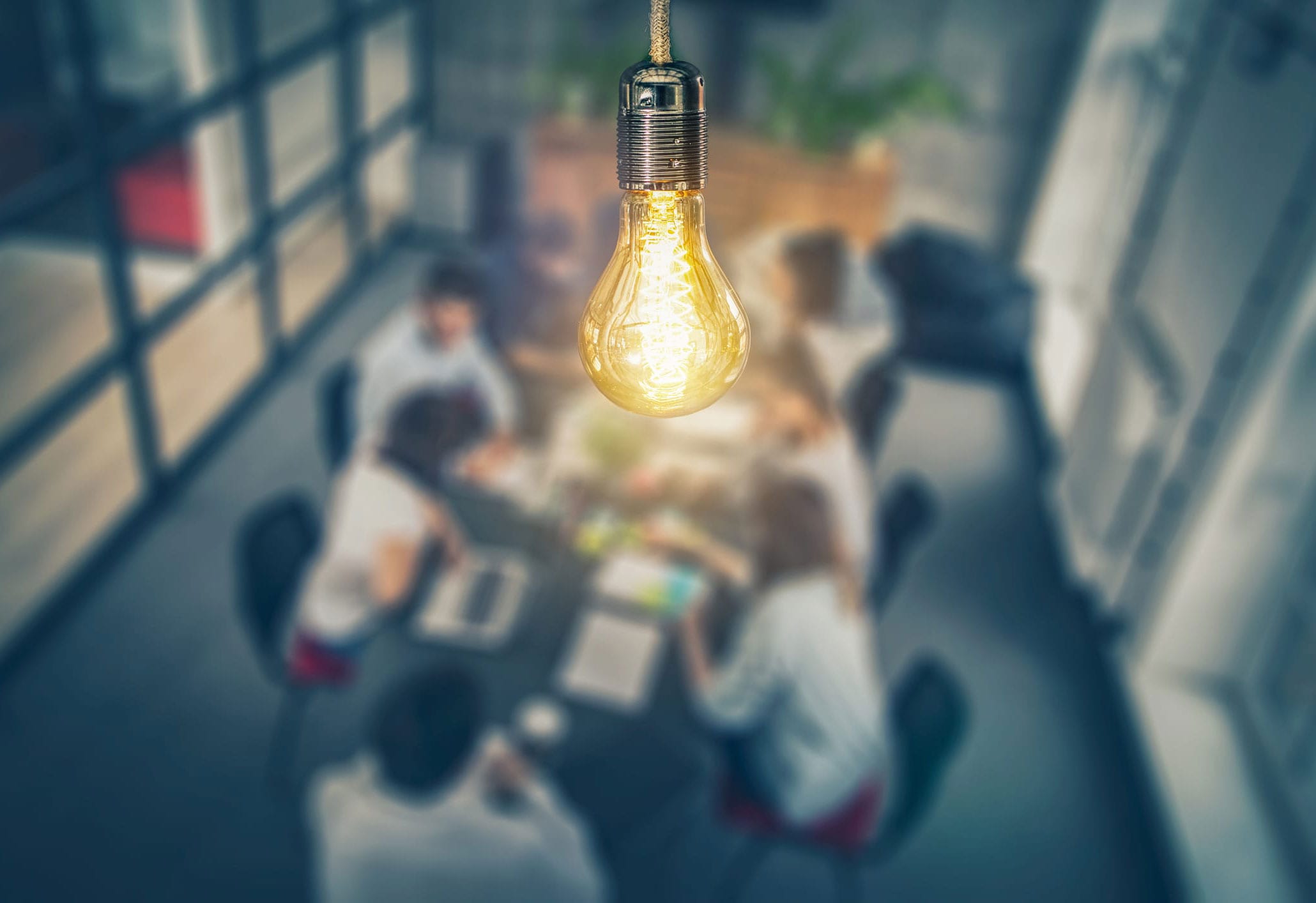 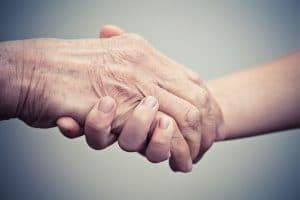 At the age of 45, I found myself holding my 80-year old father’s hand as he lay in his hospital bed. The second youngest of six children, I had grown very close to my Dad after the passing away of my Mom. Our transformation from Father and son to best friends hadn’t really taken place until after my Mom passed away. Once a week I would join him at his Life Plan Community for a steak and martini dinner, his two favorites.

He was from a generation of men who didn’t show emotion or affection. He showed his love for those he cared about by providing and planning.

I was a bit surprised when my parents made the decision to move into a Life Plan Community when they were both relatively healthy and active at the young ages of 74 and 73.  But then again, I shouldn’t have been.

Growing up, my mom’s widowed mother had lived in my parents’ house from her early 60’s until just one week shy of her 100th birthday. And while they loved her dearly (she was easy to love), the burden of a lifetime of child rearing and caregiving had left my Dad with a steely resolve not to do the same to his kids — despite the fact anyone of us would have taken my parents in. My grandmother’s good genetics had also left my Dad convinced that his wife and lifelong sweetheart would long outlive him, so he viewed it as his mission to move to a Life Plan Community where she would be taken care of long after he was gone. Most importantly, he wanted to find a place that would allow them to stay together no matter what happened to either one of them.

The Right Place At The Right Time

At first, my mom had been hesitant to give up her beautiful house on the bay. In addition to the stunning waterfront views, she had a lifetime of memories and furniture packed into every room. She had a difficult time imagining herself living in an “apartment.” The word “apartment” rolled out of her mouth like a dirty word or curse. But her hesitancy didn’t slow my father down; he worked on her by reminding her of the important things:

“We’ll be able to stay together no matter what happens health-wise.”

“We won’t have to worry about taking care of the house.”

“You won’t have to cook when you don’t feel like cooking.”

“You’ll have people around you and things to do when I’m gone.”

“It’s the right place, at the right time of our life.”

Finally, my mom relented and my parents’ beautiful love affair continued in their new home. My wonderful, vivacious mom quickly adjusted to her new surroundings and made friends with all her neighbors. Their new home, just like their old home, became the hub of our family’s activity, serving as a central gathering point for holidays and birthdays. The grandkids quickly discovered grandma and grandpa’s new pool. For several years, life went as planned.

And then the plan changed. My Mom was diagnosed with Alzheimer’s.

Plan For The Best, Prepare For The Worst

Growing up, my Dad’s sage advice always include the line, “Plan for the best, prepare for the worst.” Most of the time, this cornerstone of advice revolved around financial conversations. And to Dad, finances had always been intimately intermingled with healthcare. So while it was a surprise that my Mom needed the healthcare benefits of their Life Plan Community first, it was not surprise that my parents were in the right place at the right time.

Mercifully, my mother’s dance with Alzheimer’s was a short one, as she also unexpectedly developed lung cancer at the same time. Lung cancer won the race. Because their community offered on-site health care, my parents were able to stay together during this heartbreaking period of their romance.

I saw my father cry for the first time. Without Mom, he was a bit of a lost soldier. A man who never showed emotion when we were growing up, suddenly was forced to deal with an emotional hurricane. My siblings and I triaged his heartbreak with a parade of visits.

Again, it became apparent that Dad was in the right place at the right time. After a lifetime of being catered to by his sweetheart, my Dad was a true bachelor with little homemaking skills. Fortunately, the community’s wonderful staff tackled the tasks of cooking and cleaning with vigor. Except for Wednesday nights.

Each Wednesday I would stop over and prepare a big, fat juicy steak for him and I, along with his favorite drink, a martini with olives. Those dinners became the key to an incredible friendship.

Dad, despite being heartbroken, bounced back from my mom’s death with amazing resolution. Over the years, our friendship blossomed.

In Control of His Own Destiny

Later on in life, my Dad would develop Macular Degeneration, which rendered him legally blind. This handicap, while challenging, did not limit his independence. He was able to walk the climate-controlled hallways to the on-site restaurants and the community transportation was able to take him anywhere he wanted. Mentally sharp, he remained in control of his life until the very end.

Just the way he planned it.

About the author: Tom Mann has been happily married for 29 years and is the proud father of two wonderful women. Most of the valuable life lessons he has received came from his two loving parents. His parents’ decision to move to a Life Plan Community was an amazing gift that he hopes to duplicate for his children. It’s also the reason he is so passionate about senior living. 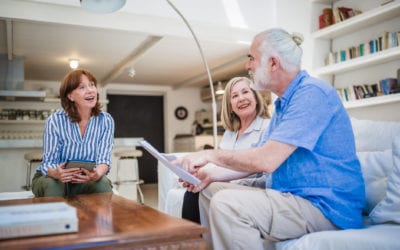 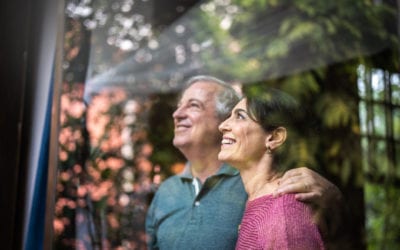