Small Spaces: The Key to an Affordable Life Plan Community?

For years, I’ve had a growing concern that you simply can’t build a new life plan community that is affordable to the moderate-income market. But at this year’s LeadingAge conference in Boston, I saw the germ of an idea that could hold significant promise for the senior living field in the decades to come: Designing residences using a flexible space approach that features the latest in space-saving furniture technology.

Granted: The idea is nothing particularly new. “Tiny houses” designed to be extraordinarily space efficient have been growing rapidly in popularity in the US over the past decade, particularly among millennials in highly populated urban areas. And Europe has been way ahead of the US in finding ways to live comfortably in small spaces for much longer than that. But space-saving technology has been slow to make its way into senior living.

At the LeadingAge 2015 National Conference, Tye Campbell, Kevin Deck, and Brenda Landes of SFCS Architects gave an excellent overview of current trends and technology in space-efficient furniture and appliances. (Short version: This is NOT your grandfather’s Murphy bed!) Then they showed concept designs they had developed to transform vacant studios at several communities into highly functional residences with easy transitions of the main space from bedroom to living room to formal dining room to office. (To see more great examples of space-saving, convertible furniture, visit http://www.resourcefurniture.com.)

Their hope and goal is to develop several test residences at communities to see how the market reacts. The key benefit to the consumer is obvious: Studios at life plan communities have historically offered—by far! — the best value to prospects, particularly for Type A contract communities. Yet most communities, of course, have struggled for decades to sell studios, and thus have combined them into larger residences. Will this space redesign make the remaining studios more appealing? I like the idea, but the spaces still are small. Only time will tell.

But that’s not the new idea. It’s a good approach to trying to solve a continuing dilemma, for sure, but the new idea is: What if we started using technology and furniture advances to intentionally build new residences that are as space efficient as possible—and thus we were able to significantly bring down the cost of living in a life plan community?

The math is pretty straightforward: A typical new one-bedroom-with-den apartment—the type that is most appealing to single prospects, and we’re going to have a lot more single prospects in 10 to 15 years—is 900 to 1,100 square feet. (Let’s call it 1,000 square feet to make the math simple.) And several Type A communities we’ve worked with have recently been offering new residences for $250 to $300 per square foot. (Let’s call it $275.) That means the entrance fee for this residence is going to be somewhere around $275,000. That’s 25% higher than the current median home resale price in the US, and it only buys you one of the smaller residences in a community.

But what if, using space efficient furniture and technology, we could build a comfortable, highly functioning residence—with all the features of a one-bedroom-with-den residence—using only 600 square feet of space? The entrance fee on that residence (again using $275/square foot) would only be about $165,000, and would be affordable to a much larger segment of the population.

Yes, this example is a bit over-simplified. You could come up with multiple reasons the entrance fee for the 600-square-foot residence could either be higher or lower on a per-square-foot basis than the 1,000-square-foot version. But it illustrates the basic point.

But here’s the thing: As we look 10 to 15 years into the future, the number of Boomers entering life plan communities’ key demographic of age 75 and over will be huge. Many of them will be highly affluent, and will be able to afford large residences where they can keep all their belongings. But an equal, if not greater number will have more moderate assets and income. What choices will we offer them, and how will we make our communities accessible (financially) to them? I think this is one idea that deserves consideration and testing.

I welcome your thoughts.

← I'm Living in a Media Center! Who Knew? 20 Reasons I'm Thankful to Live in a Retirement Community → 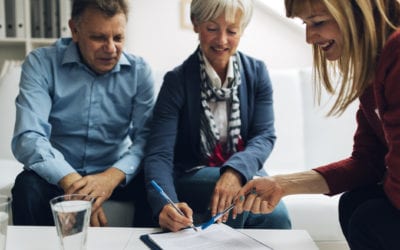 By Kevin McLeod, President & CEO of Carolina Meadows and Ben Unkle, President & CEO of Westminster-Canterbury on Chesapeake Bay Distinct from home- and community-based services (HCBS), another leading-edge way that Life Plan Communities have been broadening... 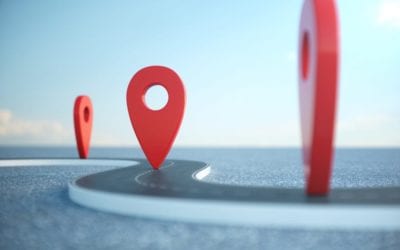 By Nancy King, President of Senior Options; and Ben Unkle, President & CEO of Westminster-Canterbury on Chesapeake Bay As mission-driven and not-for-profit senior living providers have had to weather the challenges of the last year, many Life Plan Communities are...